Older cars, especially cars made in the sixties and seventies, came with carburetors to mix the fuel and the air as it went into the engine. Many of these cars had what were considered performance carburetors on them, but today some carburetors can add much more performance and are far more dependable than those earlier carburetors were.

How Big Is Too Big?

Add a smaller carburetor that has slight increases in flow and performance then as you can upgrade the engine and the carb to get more power when the time is right. Even a small increase in the mix from the carburetor can make a significant difference in the way the engine runs.

When you are considering putting a performance carburetor on your muscle car or vehicle with enough engine to handle it, choose carefully, and look at the reviews and specifications for the parts. Some performance carburetors are easy to put on and run great out of the box; others need tuning and can be harder to put on yourself.

Large CFM carburetors often have two accelerator pumps on them so that the fuel flow does not drop off when the gas pedal is pressed hard. These carburetors are commonly referred to as double pumpers and are hard to tune without the right equipment.

If you are considering a carburetor like that, it is a good idea to have an experienced tech install the carburetor for you and dial in all the settings to the engine responds appropriately, instead of falling down under the load of the additional fuel-air mix. 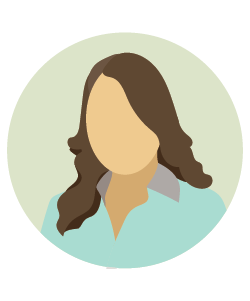 If you've had to purchase parts for your car recently, then you've undoubtedly noticed that there is no shortage of manufacturers or options. Whether you do the work yourself or pay a mechanic, selecting the right replacement parts is an essential ingredient for any long-lasting repair. Since we all face the same challenges when it comes to picking reliable and cost-effective parts, we wanted to share our insights and knowledge on this topic with the broader world. The articles you find here will give you the information that you need to make informed parts purchasing decisions. While you may still choose to rely on your mechanic's advice, we hope our tips will provide the confidence you need to understand and evaluate their suggestions fully.